Just a quick note that i'll just blindly update the chapters for webnovel titles. So you may see footnotes appearing here and there on some chapters. While this may considerably drop the quality for some webnovel titles, the updates would come much faster since i'll just be adding them to the epubs, plus a few formatting edits.

That won't happen for the other titles though. As i still have access to the original source for them.

As for the query on the series "Evil Emperor’s Wild Consort", the total chapters in the epub is the same on the webnovel source. I also downloaded from my source, just to make sure, and it all checks out. So that is a non-issue for me.

As for that very pure and ambiguous series, i seem to have missed quite a lot of chapters, so i'll probably update it asap.

As for the Dropbox access that the patreons have, it has been some time that i have changed the tiers for the access. There are now only two tiers available (previously three). All the previous dropbox access have been migrated to the new accounts. So if you belong to the old 1$ tier, then the old dropbox access are no longer updated.

Here's the link to my patreon: https://www.patreon.com/hassenoblog

Benefits of being my patreon is having access to the Dropbox folders that i use when updating the epubs. That means that everytime that i update the epubs, you'll automatically receive the updates. The LV2 tier has access to more titles compared to the ones present on the site. The LV5 tier has access to ALL epub titles that i am currently maintaining.

LV5 tiers = same as above plus an additional 26 titles

Maintaining 168 ongoing titles is a little bit crazy, even for me.

As for the site layout, still sucks but the current layout will stay, until the new layout is complete. I am still in the process of adding the download links for each series that i have, and the description. It's a mind-numbing, repetitive process, so it will take quite some time to complete everything. 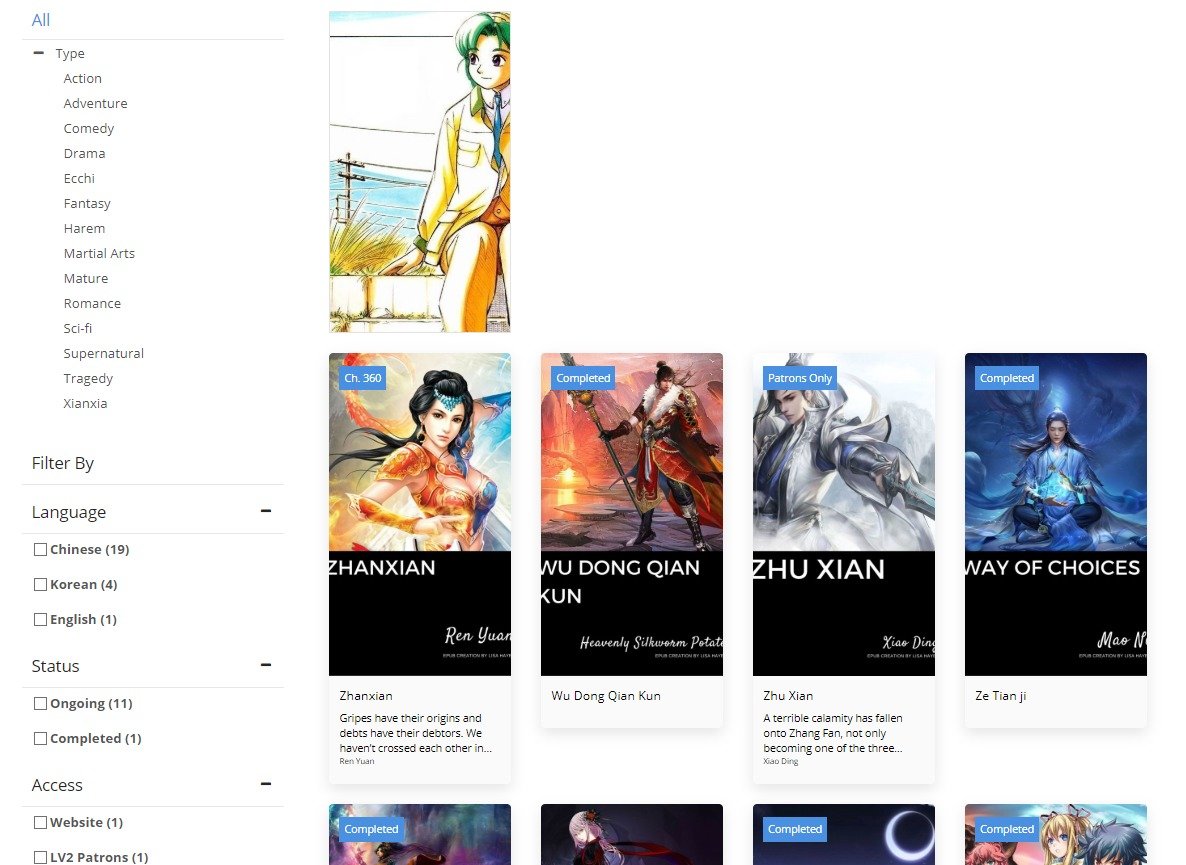 As for when that will happen.

That would be December, tops.

I cannot promise anything though.